August 9 was Iowa’s annual Democratic Wing Ding, a Democratic fundraising event where supporters of every candidate gather and show their enthusiasm. But while most attendees held signs and chanted different phrases, Bernie Sanders volunteers took a different approach.

The Sanders area was shockingly empty during the Wing Ding. That’s because his supporters and volunteers were out canvassing in Clear Lake, Iowa. Here’s a look at the area reserved for Sanders supporters for the “sign wars”: 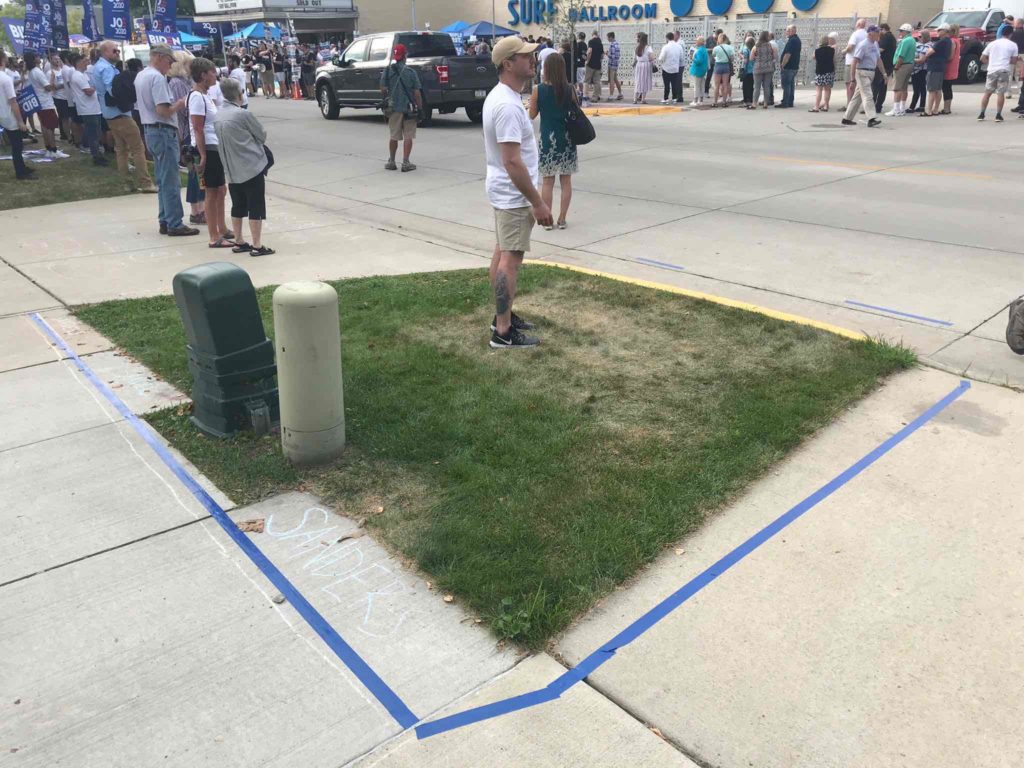 Michael Fasullo, a Sanders organizer in Iowa, said that the campaign was off knocking on doors and trying to win over voters. They claim to have knocked on every Democratic door in Clear Lake, Iowa, a city of nearly 8,000 and the site of the Wing Ding.

Even as the sign wars ended, Sanders supporters continued to organize and canvass.

As the Wing Ding came to a close, Bernie Sanders held a special “volunteer appreciation” event for those who came to show their support.

Sen. @BernieSanders is holding a volunteer appreciation event across the street from the Wing Ding. The folks in this room have knocked on every Democratic door in Clear Lake, IA. pic.twitter.com/XC8hC62zDl

This isn’t the first time the Sanders campaign took an unorthodox approach to a major Iowa event. Sanders led a march comprised of supporters and McDonald’s workers to the Iowa Hall of Fame Event in June. The workers were demanding a $15 minimum wage and a union.

Chants of "This is what Democracy looks like" as the @BernieSanders camp marches in front of the Hall of Fame event in Cedar Rapids. Marchers spelled out "UNION" in big blue & pink letters. pic.twitter.com/5nna1sn1BB

What do you think about the approach of the Sanders campaign? Leave a comment below!