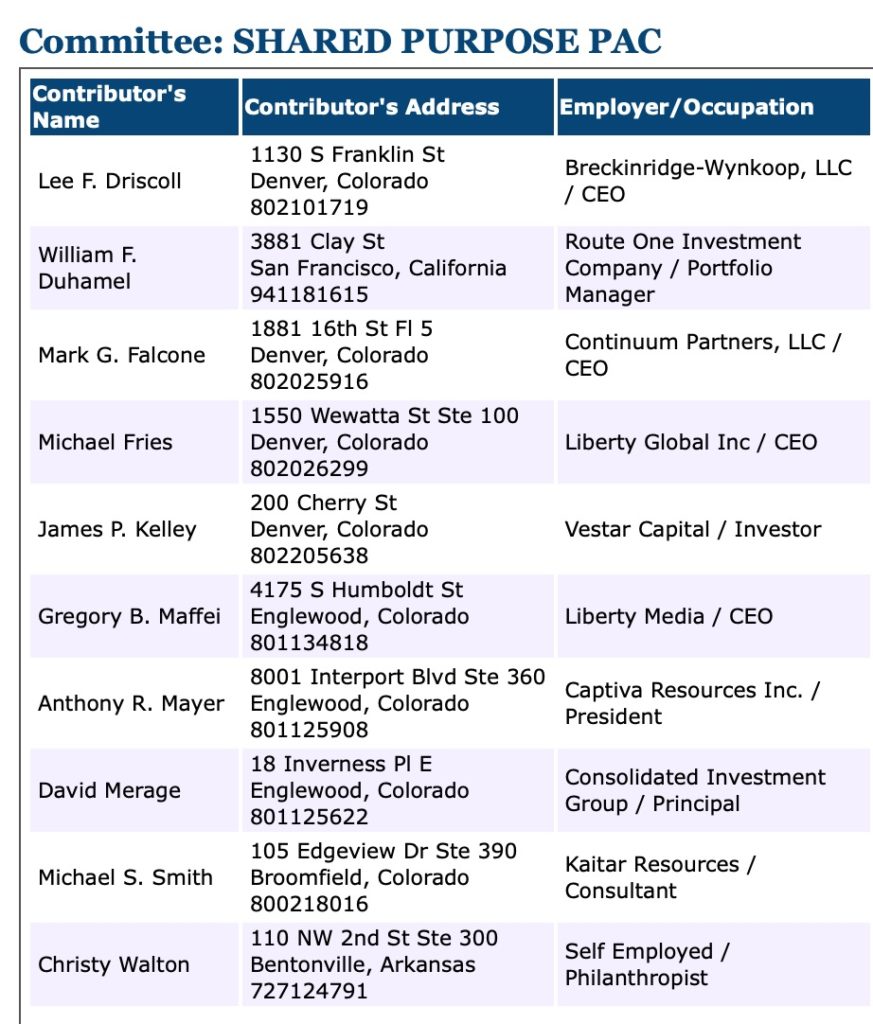 Of the ten names, one probably sticks out to you — Christy Walton. Yes, Christy Walton is a member of the Walton family that owns Walmart. Christy Walton’s $200,000 contribution was the largest made to Shared Purpose PAC.

The contribution from a Walton heir draws a stark contrast between Hickenlooper and Bernie Sanders. By profession, the biggest group of Bernie Sanders contributors are Walmart employees. Earlier this year, Sanders spoke on behalf of workers at Walmart’s annual shareholders meeting.

While the other contributors don’t have household names like Walton, they are a bit controversial.

Alex Kotch of Sludge, an independent investigative journalism outlet, points out that Michael Smith is a “natural gas billionaire” and Anthony Mayer is the President of an oil and gas exploration company.

These contributions come as no surprise — Hickenlooper has been a big supporter of fracking, the process of using liquids to open fissures in order to extract gas and oil from the ground. Environmental activists have been outspoken in their opposition to fracking because of the dangers it poses to the environment.

Once again, these contributors put Hickenlooper at odds with other candidates. Ten candidates, including Bernie Sanders, Elizabeth Warren, and Pete Buttigieg, have called for a ban on fracking.

What do you think about Hickenlooper’s Super PAC? Leave a comment below!