A poll posted by the Minnesota Democratic-Farmer-Laborer Party found that 53% of respondents thought Bernie Sanders had the best night.

A poll of Daily Kos users found that 58% of the more than 22,000 respondents thought that Bernie Sanders had the best night. 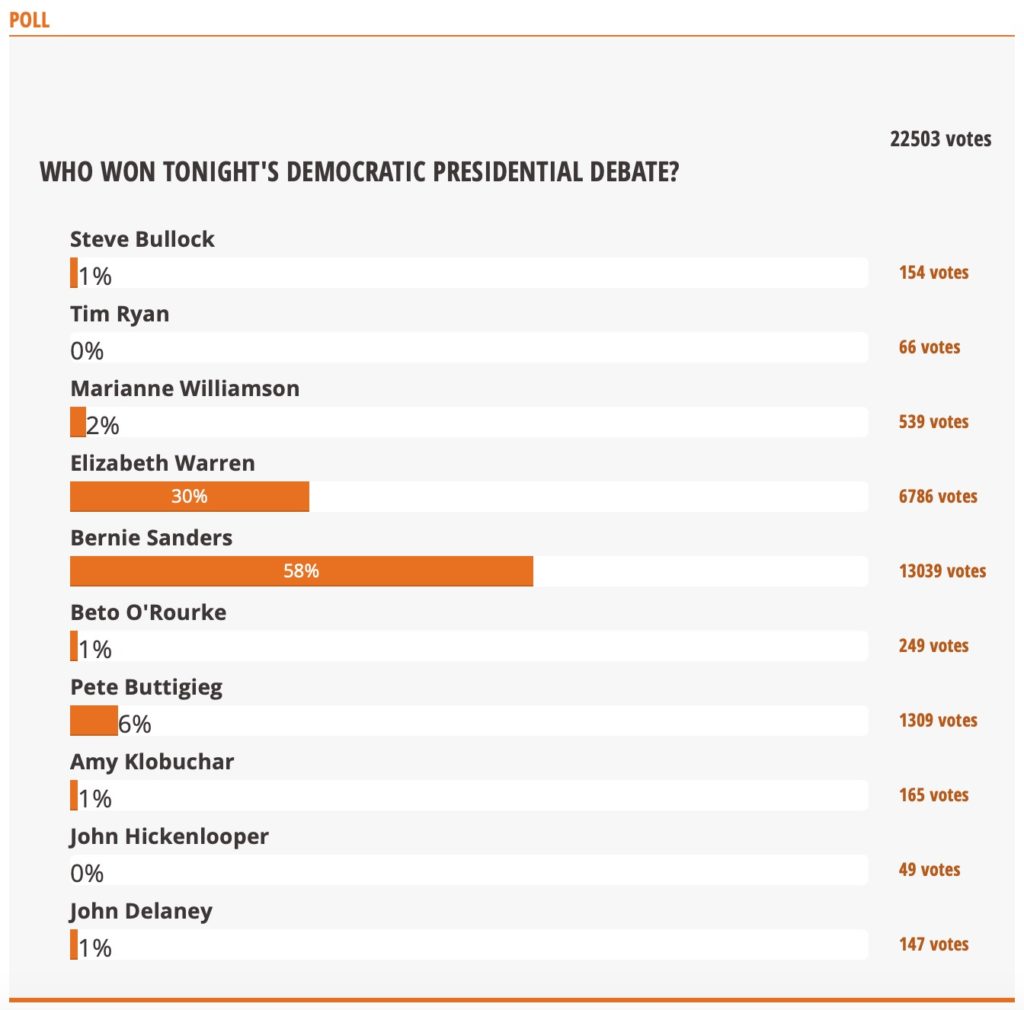 A poll published by the conservative Washington Examiner found that more than 40% of respondents believed Sanders had the best performance.

A straw poll of r/politics, the largest political forum on Reddit, users found that more 46% of respondents believed Sanders had the best debate performance. 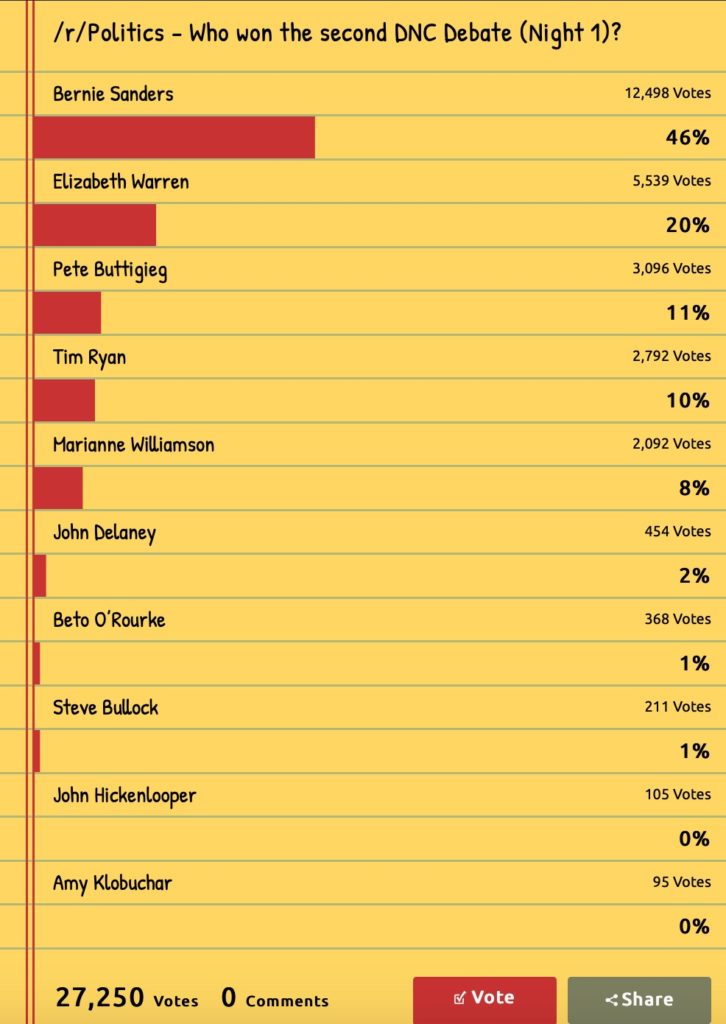 The results of the nj.com straw poll were similar — of the more than 10,000 respondents, more than half thought Sanders won the first debate. 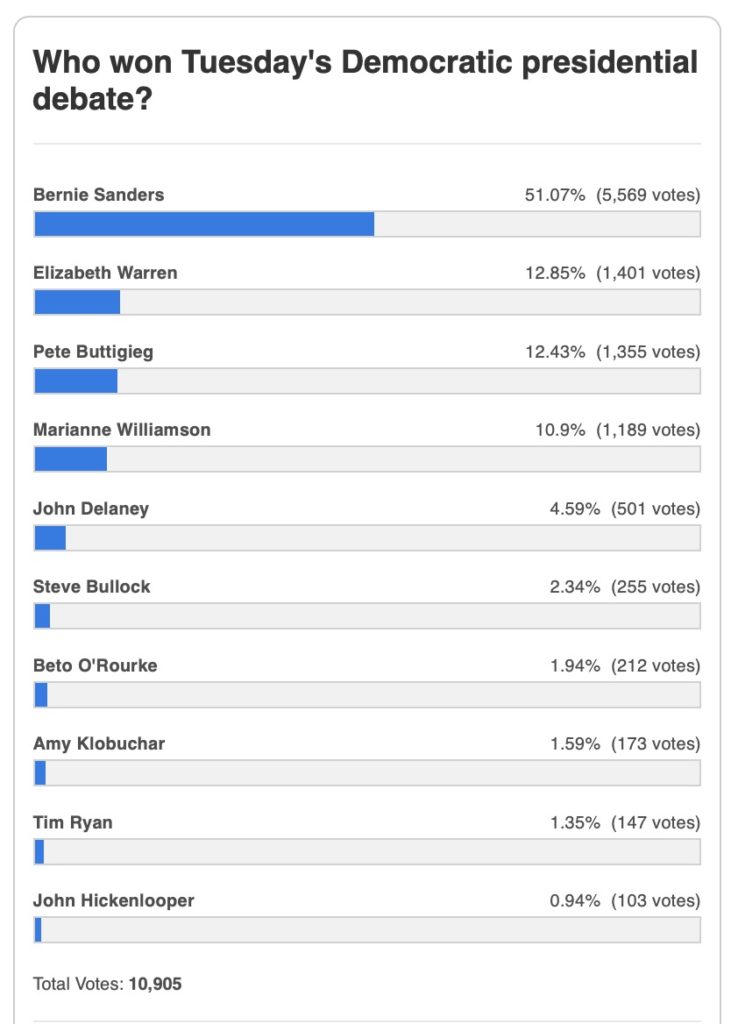 The Crooks And Liars straw poll of more than 7,000 respondents found that more than 55% though Sanders won the debate.

Additionally, Sanders had one of the best moments of the night when he told Tim Ryan that he “wrote the damn bill” in reference to Medicare For All.

This moment quickly went viral and gave the Sanders campaign an opportunity to raise a lot of money quickly by offering a sticker to anyone who made a contribution.

Bernie Sanders wasn’t the only winner, however. Elizabeth Warren had a great performance. One debate coach even gave her an A+.

The Massachusetts Senator delivered what was arguably the best line of the night in response to John Delaney:

I genuinely do not understand why anyone would go to all the trouble of running for president just to get up on this stage and talk about what’s not possible. #DemDebate pic.twitter.com/cOCz5TS3AF

This exchange was the most tweeted about moment of the night.

Another winner was Marianne Williamson, who led all candidates in total numbers of Google searches.

Who do you think won the Democratic Primary Debate? Leave a comment below and let me know!